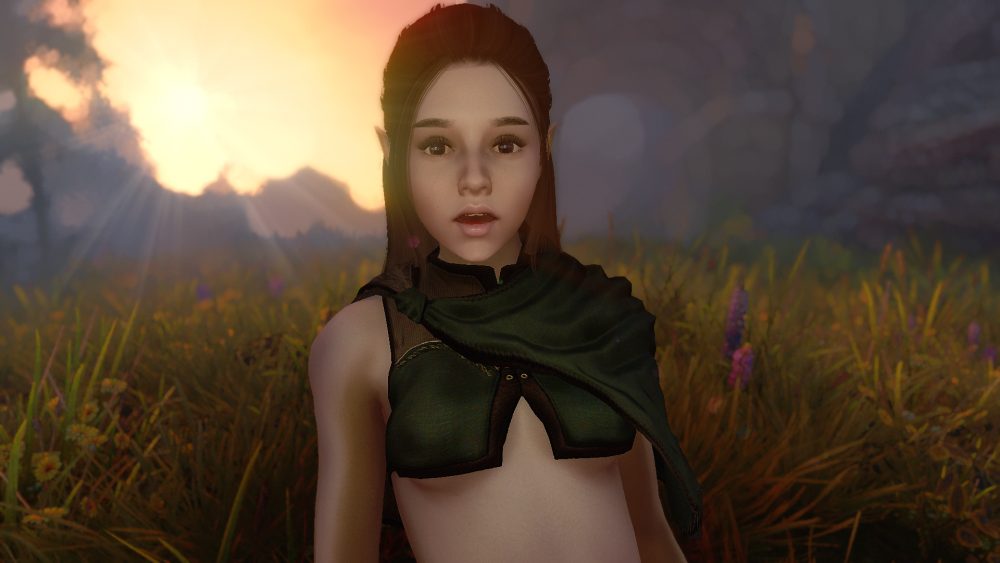 Wren is a mysterious elf witch who has recently been staying at The Frozen Hearth in Winterhold. The purpose of her stay is unclear, but rumour has it she has been asking the locals around town about an old Nordic ruin, not far from Winterhold, and the treasures that lie within. It's up to you to seek out this elf and investigate her intentions.

Wren has been created with her own follower system and uses 280 lines of dialogue from TW3 game. All the audio has been tweaked in Audacity to make her sound younger.

She is a Spellsword, specializing in one-handed blades and also favouring a staff. Her spells consist of Frostbite, Ice Spike, as well as wards, protection skins and self-healing. In addition, she will also perform two custom shouts and a custom spell.

-In-game scripted, Wardrobe Changer via dialogue with a choice of 2 outfits

- A short Intro dialogue scene and a Mini Quest

Custom Spells
- Life Force (Shout) : The ability to automatically heal herself and allies during combat when health falls below 60%

- Necro Aura Cloak (Shout) : A necro aura will surround the caster, dealing 15p/s of poison damage over 30 seconds, while a necro blast will fear low level enemies and cause them to panic for 10 seconds.

- Hag's Curse : A debilitating spell fired from range, that will render an opponent paralyzed for a few seconds.

- Dialogue prompt for these features will only appear after completing the "Moonlight Quest".

- Auto Harvest currently does not cover any unique DLC ingredients.

If there are any issues with this mod, let me know in the comments section and I will try to resolve them as soon as possible.