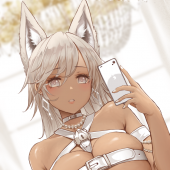 This is an upload of the infamous The Kids Are Alright mod that was removed from Nexus. What happened to TripTheRift is unfortunate and many people would have done the same in her situation. HOWEVER this does not mean that this mod should have been deleted from everywhere. Mods are part of skyrim's history and I refuse for them to simply be deleted. This is an amazing mod and it deserves to be out there. So here we are.

ANY SIGN OF SEXUALIZING THIS MOD AND I WILL INSTANTLY TAKE IT DOWN. THIS IS NOT A JOKE.

DO NOT HARASS TRIPTHERIFT. SHE HAS NOTHING TO DO WITH THIS. THE DECISION TO UPLOAD THIS IS ENTIRELY FROM ME.

You need one of these 2 files to start!
TKAA - Episode One
TKAA - Final Cut
They are different versions of the mod, the Final Cut having Toddlers and Hostiles(hostiles can be removed with a patch)

This is a comprehensive, standalone children overhaul mod. I'm guessing from how the kids were implemented in Skyrim that Bethesda either 1) did NOT want to include children and were forced into it by popular demand, or 2) they just hate kids. As evidence, take a look at the meshes. They are built in the identical fashion as the monsters and beasts in the game. Small wonder they look like clones - they ARE clones. The goal for this mod was to make children that look like they would belong in a modern DX11 or 12 game - by using high quality meshes and textures to update this old game engine.

Modified externally sourced clothing and armor from - Kanrax2/Halo, Daywalker, en_hawk (Skykids), COTS, Pretty Witches. Additional hair from HS hair, Oblivion Hair Pack and SGHair 268. Black cat model and texture by Hissa. This mod wouldn't exist without the people listed above sharing their work, so please support them. Huge thanks and a tip of the helmet to ALL.

This mod has a lot of moving parts. If I missed anyone I sincerely apologize, please let me know so I can correct the credits.

This mod has open permissions, credit would be nice.