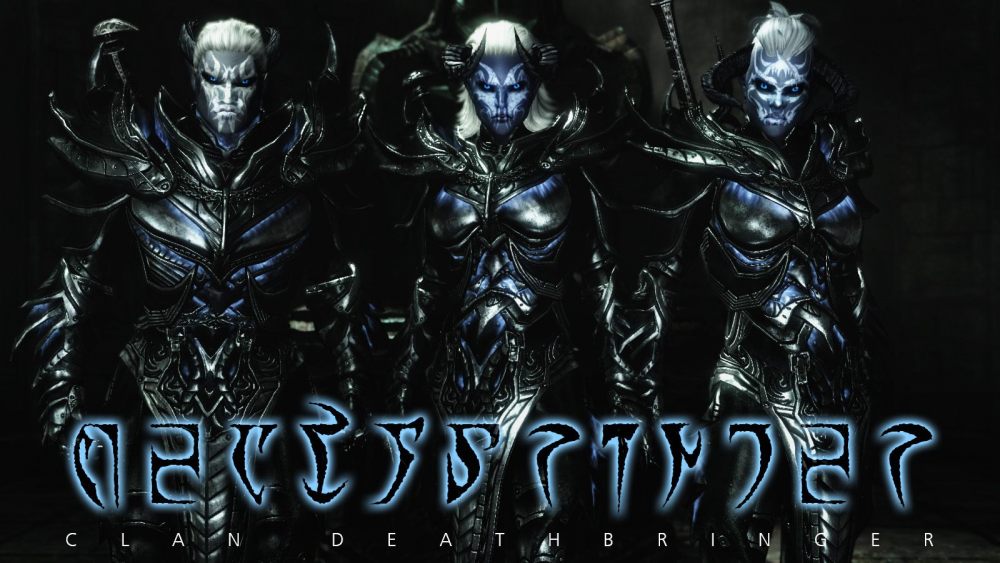 This is a pretty basic  fixer-upper of the LE mod. The SE one posted on Nexus has too many errors so i just ported this myself. I fixed all the meshes, Textures, Fuzzed the sound and optimized alot of stuff as i was able to find. I put everything in BSA's to save disc space and file clutter.

The original Author does not want this ported to SE.... oops....


(This is a copy and paste from original page)

This is the re-release of my mod Daedra of Coldharbour. With this new version, I've added several new Daedra, updated existing Daedra, added a full line of Cold-Fire destruction spells, added a craftable line of Coldharbour Daedric weapons and armor as well as several unique sets that grant special abilities.

VERSION
5.2
-Added 4 mini-arenas to fight the Daedra. This is now how you obtain the loot.
-Corrected Dogas and Vonshala's swords to use the Reaper textures.
-Set all Cold-Fire spells to not damage your summons (though you can still harm other followers).
-Put Vonshala and Akezel's summoned minions in the "currentfollwer" faction so they won't turn on you if you accidentally hit them once or twice.
-Crafting recipes for Coldharbour Daedric/Seducer Elite Armor (Reaper textures). This requires Azure Plasm which is looted off the Daedra, so there is a limited supply, enough to make one of each piece plus an extra. This is intended.
5.1
-Added new armor and weapon textures for elite Dremora and unique gear
-Fixed robes inventory image and 1 dirty edit
5.0
-Initial release

NOTE: BECAUSE OF THE VANILLA DIALOGUE BUG, YOU MAY NEED TO SAVE AND RESTART THE GAME AFTER INSTALLING OR THE CHARACTERS USING NEW VOICES WILL BE MUTE.All master level conjuration spells summon unique Daedra, meaning you can only have one summoned at a time. If you summon the same character again, it should banish the first.APPRENTICE AND ADEPT SPELLSCold-Fire Atronach: Can summon multipleDremora Caitiff: Generic Dremora archer. Can summon multipleDremora Kynval: Generic Dremora warrior. Can summon multipleDREMORADogas the Berserker: Dual wields swordsKynmarcher Doshia: Wields a flaming sword and Cold-Fire spellsKynreeve Vonshala: Wields a greatsword and can call 3 minionsKynlurker Ranyu: Uses a bow and exploding arrowsLyranth: Uses a Cold-Fire staff and spellsBonelord Akezel: Uses destruction spells and raises undead minionsDARK SEDUCERSAssassin Vika: Dual wields daggers and uses invisibility and paralysis spellsMender Dylora: Wields a sword and group healing spellsXIVILAIGeneral Anaxes: Wields a flaming battleaxe and summons atronachsGeneral Medrike: Dual wields war axes and summons atronachsDAEDRIC TITANBoziikkodstrun: Breathes Cold-Fire and has big teeth *You must have summoned Durnehviir 3 times and learned the full Soul Tear shout to summon the Titan.

My favorite part about having a Video Game. ITS NOT REAL! If this mod offends you and makes you panic and hate me forever, then simply pretend it doesnt exist, and dont download it. I do not force anyone to download these mods. It is up to you to decide if you want it or not. If you do want this mod, then click the download, and install. Please forward your complaints and hate mail to: [email protected] We will be glad to file these complaints in the proper trash can with all the others.