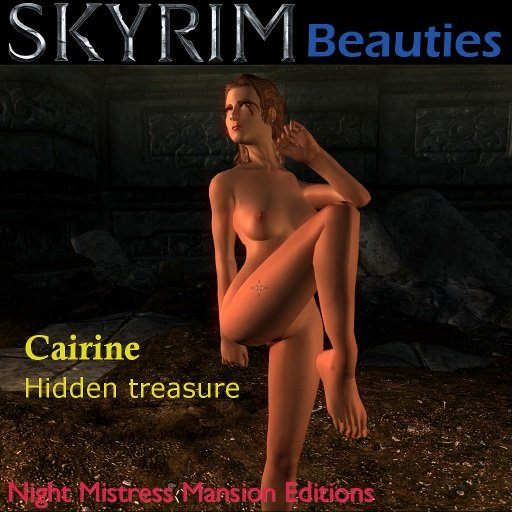 SSE : When the mod will be finished, I'll try to convert it to make it compatible with Skyrim Special Edition (if SSE contains also the Dawnguard and dragonborn DLCs).

In terme of scripts, aNMM is compatible in theory. The main problem is the textures.

How to start the mod : talk to an In keeper, and meet Axia Lilvahi, in the Night Mistress Mansion.

Axia Lilvahi is not like pimps you can meet in Skyrim : whore herself, she takes care of her girls, and she's very ambitious...
No bestiality and slavery in that mod : it's a classy prostitution mod.

Mansion girls have different status, and it have consequences. Sex skills and money are based on that rank.
- Apprentices don't choose their jobs, and get 30% of the profits.
- whores will be able to negociate, and get 30% of the profit + a margin (so, player negociate the sex scene, and the price in a marge).
- dancers can propose sex, and dance.
- special are... special. Only the Night Mistress Mansion will propose special employees.
- courtesans are expensive (almost 500 gold, 50% for the girl), and can also make some interesting tasks (like spying, art, or just chat/accompany a noble for a party...).

30 %, that's a little... but every whores have a bed, food, and washed clothes, and can use the Mansions as their homes... so, they don't need to spend that money in the brothel, unlike Maria Eden or Radiant prostitution ones.
In every brothel, player will find a chest where she can store her gear safely.

The Night Mistress Mansion is more a company. During the mod, several establisments will be established. Brothels I planned :


NPC to recruit : (in progress)

NPC can be recruited for two purposes : as nude models (around 150 NPCs available !) for "Skyrim Beauties" Publication, and as "employees". The list of Potential employees (vanilla and mod NPCs) is below :


In Night Mistress Mansion mod, these NPCs and followers are the key : linear quest recruits are mostly mod NPCs, but it's not enough for making the Mansions profitable. As Associate, you need to complete the staff, and more the quest advance, and more you'll need to recruit. For example, the Night Mistress Mansion can consume 10 followers as whores. It's a good way to make followers useful, profitable, and grouped in the same place.

My favorite part about having a Video Game. ITS NOT REAL! If this mod offends you and makes you panic and hate me forever, then simply pretend it doesnt exist, and dont download it. I do not force anyone to download these mods. It is up to you to decide if you want it or not. If you do want this mod, then click the download, and install. Please forward your complaints and hate mail to: [email protected] We will be glad to file these complaints in the proper trash can with all the others.