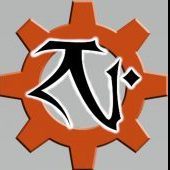 2.  Check for and Install and overwrite ESP with latest updated ESP.

3   Check for optional files (Currently a music replacement for anyone with issues with new music volume).

Some users are experiencing a CTD after loading saves in an interior cell and subsequently opening the map sub-screen. To avoid a CTD,  after loading in game DO NOT open the map menu until you have moved to an exterior cell and returned to an interior cell. This should resolve the issue with accessing the map sub-screen in SSE an SEVR  until our technicians can find a solution. In the meantime if anyone knows of the cause and resolution for this strange map CTD issue, please contact me ASAP.

The first introduction to DarkPoint content and a rather large first mod published.

Rune Haven is an introduction to the world of Rune, a female protagonist who has her main home far to the East near the continent of Akavir, Rune herself is 3782 years old and a Daedric Princess, often mistaken for a vampire. She is a vampiric progenitor and does need to feed on blood, although through preference she only drinks from donated blood or those of her enemies.

This particular lady has travelled to every continent on Nirn and has moved through time pretty much undetected apart from a few incidents. She has many homes and holdings, some known and most hidden, the same can be said for her involvement in many things and with many people you'd least expect. These details will come out in time through her story and the mods, especially DarkPoint itself.

This mod introduces a new island, 3 new villages, 17 new caves, 9 new dungeons and a total of SIX potential player homes. The main player home is designed specifically for those people who like to collect their own follower/NPC army, or populate their own mini-kingdom. The main home has beds for in excess of 200 followers or NPCs split into several locations and is the first published home that is 24 child adoption friendly (using Ichirou's adoption mod). Each child also has their own seperate room.

The main player home is the Fortress of Grey Haven, one of Rune's former homes, it is heavily influenced by her style and needs and some may find it a little too gothic. Future updates will add lore spoilers and story hooks intended to lead you towards DarkPoint and the Rune story/background.

There are two quests, the first is beyond the Skyrim border and starts at the DPTC (DarkPoint Trading Company) Office in Runewood. You will have to find this YOURSELF, no magical GPS will aid you. This first quest will take you (also NOT guided) to the new island. Also for those that find it difficult to read the mod description LOOK AT THE PICTURES. The second quest starts once you have purchased the main player home and found the letter regarding it; this is a massive treasure hunt quest which does have the aid of the mystical, magical GPS (which I personally hate).

I have tried to cater for a lot of different playstyles, there is a large RP potential in this mod from being a simple border guard to running your own small kingdom. You can be a hunter on the island, an explorer or whatever you can imagine. As said there are six player home options, these range from the small to insane and should cater for most peoples tastes.

If this mod proves popular I am willing to update it with additional content in addition to the other mods that will be released pre-DarkPoint.

Please report any bugs/issues to MY discord where there is a specific channel for this mod: https://discord.gg/RZfPynmc2G

I hope you enjoy the mod and feel free to contact me with suggestions, additions or whatever... Complaints, trolls, whiners, bitchers and other unsavoury types can happily fuck off because I really don't care.

P.S. This mod may have bugs and errors and there are areas that still require some attention but I was pushed to release it so I have. I still have some additional NPCs to place, AI packages to adjust and areas to detail. That said I could just keep editing it and never release it. Depending on the reception and interest I will be guided by those using it whether I continue to add to it.