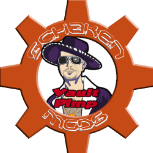 Watch the video that is what I made it for

This texture set was made to work with Vivid Landscapes.

What this mod does:

Replacer for all the textures in the Riften Architecture set. Any models called on those textures will also use Mighty Riften textures.
These are modified vanilla textures (much like my other mods for Whiterun, Solitude and Markarth.) The textures have been sharpened and darkened in most cases doing away with the nasty washed versions of vanilla Skyrim. The normal maps have been fixed with my super secret Far Eastern Graphical knowledge taught to me by a fat, bald monk in the mountains of Tibet.

This should be placed after any texture mods which may modify Riften or after Vivid Landscapes. If you use a different texture replacer such as Noble Skyrim, your mileage may vary.