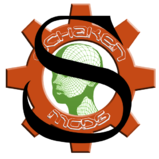 This patch aims to greatly decrease load times of mod SlaveTats.
I created and tested it on SE but it should work for LE as well.

Installation:
1) Overwrite old scripts with new ones from this mod
2a) There is new option in MCM "Initial load" - Click it
(note: if you don't install tattoos database manually, it will install itself in first attemt of using SlaveTats)
2b) Instalation can take up to 40 seconds, depending on number of your tattoos (for me 2700 tats takes around 37secs)
3) You are done and you can enjoy instant load times while using mod SlaveTats

(note 2: If you change your tattoos files (like add new ones, remove old ones), you need to manually rerun Initial load)

Mod compatibility - Fixxed issue with loading tats without using filters (yes, some mods are really asking for all of installed tattoos - RapeTattoos for example)