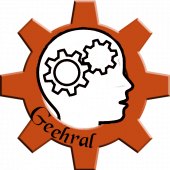 First i did not creat this mod. I only resaved it in CK and checked for issues.

(Disclaimer: The tattoos featured in the screenshots are from various tattoo packs available for SlaveTats. Credit goes to their respective creators.)

- Disable FateTattoos and make a save

- (optionally) Use Save Cleaner to remove FadeTattoo scripts

Version 1.0 mainly adds more MCM options. If you don't care about that you can ignore this update.

This is a small mod that allows other mods to fade out tattoos applied by the SlaveTats mod (developed by murfk).

It's mainly meant to be used by other mods but as of version 1.0 you can also add & removed tattoos from the tracking system manually using the MCM.

So if another mod applies a tattoo you don't want to removed directly but don't want to keep forever, you can use the MCM menu to have it fade out over X hours.

Currently the only mod that uses this mod is RapeTattoos (developed by me) but maybe that will change in the future.

Special Thanks to:
- murfk for creating SlaveTats upon which this mod is build
&
- Senick for doing alpha testing and motivating me to finish the mod