Join our Guild!
To REMOVE ADS and get FULL ACCESS, please join our Guild and enjoy the exclusive content we have.
Check it Out

The Request Center
Make a request of your favorite mod, a conversion, or a completely new idea!
Request a Commission!

New Design!
Enjoying the new looks? Scroll to the bottom and see other themes as well!
Themes: Dreadnaught (Default) and Brave (NEW!)

Tired of advertisements?
No Problem!
Subscribe to a membership to remove them! ->


Remove ALL ads (Including AdFly) by getting a membership. The ads help support this community. 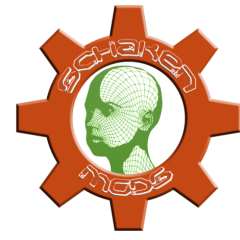 1st, Claire was in RE2, but she looked too washed out and shiny. Then somebody put her into Liberty City, but there was no conversation to speak of.  Now, I have put Claire Redfield into Skyrim LE (as well as SSE) where she not only looks pretty, fights hard, and drinks like a fish, she's up for some good conversation too.   If you ever wanted to meet the girl who eats Raccoon Zs for brekkie, now's your chance.  Skyrim Legendary Edition.  I believe that's all you

Last of Us Ellie Williams Follower for Skyrim - LE

Not sure how many will recognize Ellie from Last of Us, now that she is pretty much ready for Uni(college). Well, she didn't go to Uni, she went to Skyrim. Ellie heard you can shoot arrows at people and not land in the stocks for it.  Well, she was wrong.  You CAN land in a "dungeon" for shooting arrows at people. So be nice and dont get up to that damn shit.   Ellie's been staying with Ysolda in Whiterun; learning how to be a jack-leg saleswoman.  However, wherever you load your

Schaken-Mods EXCLUSIVE! (Upload NOWHERE  ELSE!)   Vilgawulf is a grumpy, thuggish, Nord follower.. with a penchant for booze and women and a strong dislike of elves and magic.   He's a war veteran who currently spends his time drinking away his days in Vilemyr Inn, but will gladly join you on your travels simply for the thrill he ge

Schaken-Mods EXCLUSIVE! (Upload NOWHERE ELSE!) Brigitte is a bard follower with custom dialogue, a custom bard request system and a short Quest.   This is an updated version (2.0.0) of my original 'Brigitte & The Magic Lute' mod which is available on Nexus. This version now includes new facegen created with Charmers of the Reach meshes and sliders, as well as a number of other new game features and dialogue.   Features:- A short Quest to retrieve a custom enchanted item

Schaken-Mods EXCLUSIVE! (Upload NOWHERE  ELSE!) Ingun Black-Briar is a Nord and a member of Riften's affluent Black-Briar family and soon-to-be alchemist. She studies alchemy and is working at Elgrim's Elixirs, where she serves as an apprentice to Elgrim Name: Ingun Black-Briar Location: Riften Race: Nord Ref ID:  00019DD4 FOMOD Options: - New, high-definition "Charmers of the Reach" head mesh - Choice of UNP (HDT

Schaken-Mods EXCLUSIVE! (Upload NOWHERE  ELSE!) This is a standalone, upgraded version of Anathiel, originally from my Nexus mod, HG Elf Pack (preset based on Mjoll). Anna plays the role of a Tank follower and will use a custom AI package which has been created by UNI00SL. She will opt for melee over ranged attack and prefers defence to offence.. provoking and drawing enemies into close combat or causing them to flee with a terrifying shout.

Belle Delphine This is Belle Delphine in Skyrim!! She has been banned from Instagram and decided to come to Skyrim to take her anger out on some Dragons!Belle can be found in Whiterun "The Bannered Mare" waiting to see you! She has Custom Dialog Voiced by the wonderful Pixie ( @Pixie 🦋#6082 ). She is wearing a white tank top and some short shorts, Levels up with you, and prefers one handed weapons. I can verify she works with AFT and NFF Belle can be found in Whiterun "The Bannered Mare" Sass

Schaken-Mods EXCLUSIVE! (Upload NOWHERE  ELSE!) Ysolda is a Nord citizen who lives in Whiterun. She is one of the few citizens who trusts the Khajiit traders traveling across Skyrim, and her greatest dream is to buy the Bannered Mare from Hulda. Incidentally, should something happen to Hulda, you will find Ysolda taking her place behind the desk in the taproom. During your drunken stupor in A Night To Remember, you will unconsciously buy a wedding

Schaken-Mods EXCLUSIVE! (Upload NOWHERE  ELSE!) Mjoll the Lioness is a Nord vigilante. She has traveled Tamriel extensively and claims to be as experienced and well traveled as one can be. She and Aerin may be found in the Bee and Barb inn, wandering around Riften, or in Aerin's House at night. Name: Mjoll The Lioness Location: Riften Race: Nord Reference ID: 00019DF7 FOMOD Options: - New, high-definition "Charmers of the Reach" head mesh - Choice of UNPB (HDT

TeenDoll - Emma There once was a man who lived happily with his wife and daughter. They had a nice and quiet life in a now forgotten farm, far from everything. One day, the man while the man was out to get some food for his family, they got attacked by a thief that was just passing by and saw their farm. He tried to steal their goods, and when the woman wanted to stop him, he attacked her. She managed to make him run away by fighting him, but unfortunately her daughter didn’t make it

TeenDoll - Triela This is Triela, you can find her in Rorikstead wondering around town. Triela is made up to be a Ranger. This File Requires Sassy Teen Dolls

Follow me on my Tumblr!Click Here For My Other Mods This is a solo, standalone version of Karwyn, the archer, from HG Elf Pack. Karwyn is an expert archer and uses a custom combat style to stalk her enemies from the periphery of the battlefield, picking them off with deadly precision. She will summon a spriggan or wispmother to distract her foes during combat and can also cast a custom made, scripted spell to summon a swarm of mystical moths to surround and protect her from harm. Includes cu

Hosting this site is not free. We understand if you can not help support us, but we ask you let our ads run so we can get revenue from ads to help support this community!
If you have a membership, please sign in.